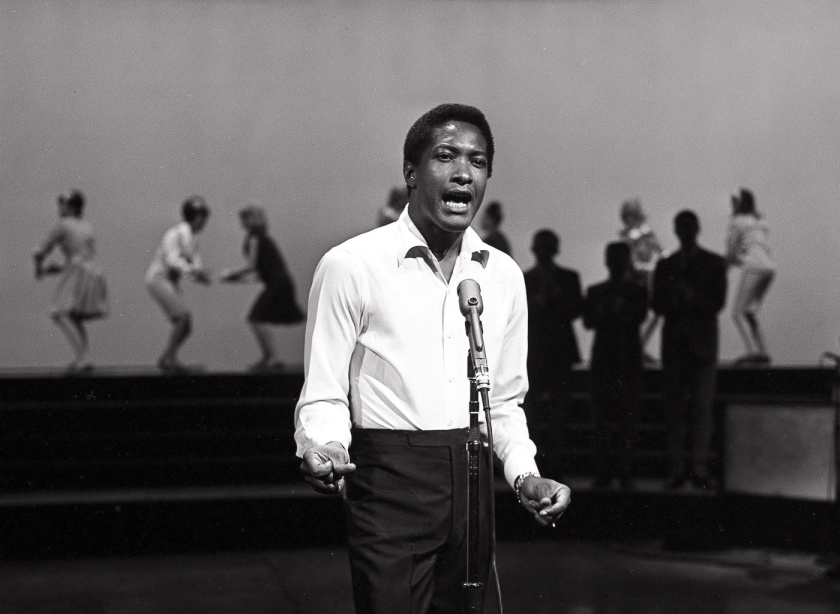 My friend John Wood Jr and I share a passion for the late vocalist Sam Cooke and for the work we do in Better Angels. In this article, Wood ties together Cooke’s song and our organization’s mission to depolarize the country. — MHP

You may not know this about me, but I grew up in a family of singers and musicians. In fact, you can almost say that I grew up in recording studios and on the bandstand.  The way I was raised music wasn’t just about entertainment – it was about culture, values, and history. For the Wood family, music has always been at the heart of what makes America a wonderful country. It’s been a long time sadly since I had much opportunity to take to the stage as an artist. I was a little rusty in St. Louis then — but I did get the chance to sing a soulful classic concert night at the convention by my favorite singer, the legendary Sam Cooke.

I hope you enjoy.

Looking at America, I often feel the mournful optimism of the soul-stirring lyrics of that song echoing within me. “It’s been a long time coming, but I know a change gonna come.” Of course, change always comes to the United States. I for one believe that the deeper greatness of this country is reflected in the moral triumphs the American people have achieved, from one generation to the next, in the way that we treat each other and in the example we set for the world.

The example we set for the world begins at home. It begins on a level deeper than policy, though it begets our policies. It begins with the ways that we pursue our differences when confronted with meaningful questions about the direction of our country. Do we hold to reason in the face of ignorance? Do we uphold ourselves with dignity in the face of abuse? Do we allow room for those who may be wrong on important questions in our society or who have conducted themselves wrongly to learn, grow and be redeemed? Or do we seek our political satisfaction not in our patient workings toward progress, but in the righteousness of our condemnation of others?

Better Angels seeks to create the conditions by which deeper understanding can yield stronger relationships among the American people. Stronger relationships, between individuals but also between groups, brings with it the promise of not only wiser policies, but a politics stable enough to endure disagreement, one in which trust is more firmly rooted than fear.

Yet there are still worthy conversations to be had within and between blue and red as to what precisely are the limits (if any) of empathy, the language by which we foster understanding, and the nature of the enduring values by which we are meant to maintain a free society.

For all the complexity confronting our desire to restore the essential element of trust to our political culture, however, the place from which we begin is simple and clear. Our movement rests upon the virtue of goodwill between Americans. It rests upon a vision of patriotism that is tied to our commitment to the well-being of one another, and a recognition of the fact that each American story is a part of the larger American story – and thus a part of our own.

The United States of America is a community. Or at least, it ought to be. Our union is not merely an economic one, or a legal one. It is familial. Yet we do not treat each other as family ought to do. That is the sadness in Sam Cooke’s lyric, whence he writes “And I go to my brother, and I say ‘brother, help me please?’ But he winds up knocking me back down on my knees.”

This sadness has been a part of the American story, in countless different ways, from the beginning unto now. But the answer has always been the same; that we learn to love our neighbors as we love ourselves. Love and goodwill have not vanished from the character of the American people.

So rest assured: a change is gonna come.