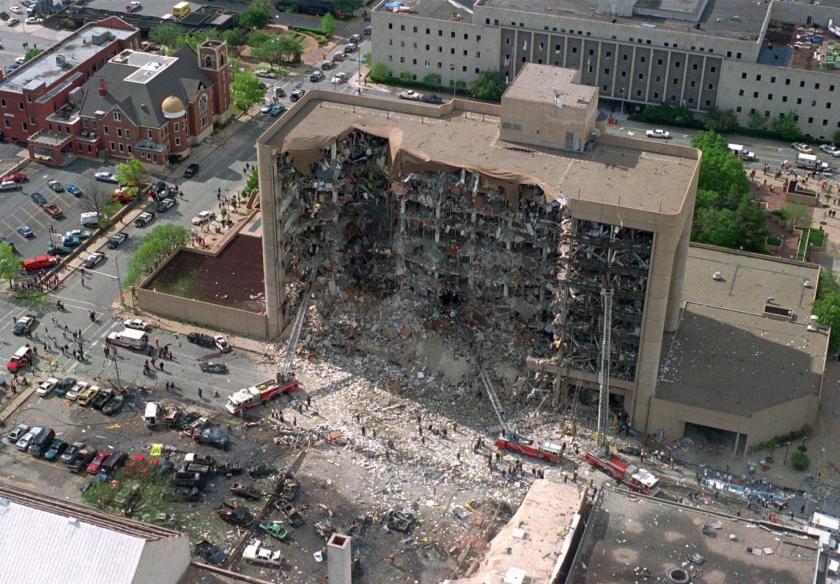 Today is the 23rd anniversary of the Oklahoma City bombing, which took 168 lives, including those of 19 children. It’s a mistake to see that atrocity as an individual act, separate from the Charlottesville riot of 2017 or numerous other acts of violence by white supremacists. Kathleen Belew, assistant professor of history at the University of Chicago, makes that point in her op-ed article in the New York Times.

She sees acts like these as an outgrowth of a determined white supremacy movement conducting a guerrilla war in the United States.

Its network of activists spanned regional, generational, gender and other divides. Membership numbers are hard to pin down, but scholars estimate that in the 1980s the movement included around 25,000 hard-core members, 160,000 more who bought white-power literature and attended movement events, and 450,000 who read the literature secondhand.

Dr. Belew suggests reasons why this white power movement is not understood and tracked better than it is. I have no problem with what she says but feel that she’s missing an important reason for our failure to understand it: the anti-racism movement that has dominated liberal religion and progressive thought since the 1990s.

According to Dr. Belew’s figures, in the 1980s the white supremacist movement had between 25,000 and 635,000 members or fellow travelers. Let’s arbitrarily grow that number to between 50,000 and 1.3 million today, but I think we can agree that the number who would commit an act of violence or intentionally provoke one is at the low end of that range.

The anti-racism movement is intent on bringing all 200 million non-hispanic white people in the nation to agree that we are part of, and responsible for, a white supremacy culture. And many of us liberal religionists are adopting that view. Rather than focus on the 50,000 or so active hard-core racists truly responsible for horrible acts, we spend our our emotional anergy on that white guilt we seem to enjoy.

No wonder we fail to see the real threats.