“…I will teach my boys to have profound doubts that friendship with white people is possible,” writes law professor Ekow N. Yankah in today’s New York Times Sunday Review.

To which I say, to borrow a phrase, I’m mad as hell and I’m not going to take it anymore. That goes for the Times as well as you, Dr. Yankah.

Despite having grown up in a “diverse and happy-childhood kind of place,” Dr. Yankah uses all the arguments that would be considered racist if used by a white person. 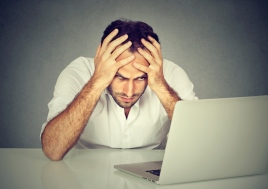 He thinks “the rise of this president has broken bonds on all sides,” so, apparently, all whites are to be mistrusted unless they “have marched in protests, rushed to airports to protest the president’s travel ban [and] shared the risks required by strength and decency.” And Dr. Yankah holds to the penultimate paragraph even that small exception to the all-whites-are-untrustworthy rule.

I doubt that African-American jazz singer Billie Holiday asked white Jewish teacher Abel Meeropol how many protests he had marched in before she read the poem he offered her, the poem that became her haunting anti-lynching song Strange Fruit.

For that matter, I doubt that black pianist and singer Nina Simone, who later recorded the song, asked her white benefactors about their political bona fides before she accepted their contributions to her musical education.

I don’t believe that person-to-person relations between the races, as bad as they are, rate worse marks now than they did in the 1940’s and 1950’s, when a white man handed Billie Holiday a poem and a couple of white women helped a piano prodigy improve her skills.

No, Dr. Yankah, the election of Donald Trump didn’t make all white people bigots any more than the election of Barack Obama made all people of color constitutional scholars. What was it somebody said about the color of one’s skin versus the content of one’s character?

It is more important than ever to see each other as individuals, with some more trustworthy than others, a judgment to be made independent of skin tone.